Allen Community College will be celebrating 100 years of providing higher education to students in the fall of 2023. This is a milestone that not only impacts the college, but also our faculty, staff, students, alumni and our community.

In honor of this incredible milestone, the Allen Community College Endowment Association has set a campaign goal amount of $5 million dollars. This will be our most ambitious and aggressive campaign goal to date and will be a campaign like no other in the history of our institution. This campaign is set apart from campaigns of the past because there is not just a sole focus area of establishing new named scholarships, but different focus areas that range from athletics and fine arts, to facilities, academic programming and naming rights opportunities.

The Allen culture is always embodied with the mindset of, “students first”. Our diverse student population that ranges from our traditional students on campus, to our commuter students at our Burlingame Campus in Osage County, KS, to the students who make up our largest population of students within our online learning community, one thing remains true, whether you are a traditional, non-traditional, or online student, we are all one Allen.

Learn about our Centennial Capital Campaign

Allen is committed to providing accessible, high quality educational programs and financial support for our students. Allen provides opportunities for personal growth in a supportive, caring, diverse environment that supports development as individuals and aspiring professionals no matter how far our students wish to take their educational goals.

Fundraising plays an even larger role in community college settings than it ever has before. With the constant worry of education budget cuts at the federal and state level, private fundraising is vital to the success of smaller rural community colleges such as Allen.

It is the vision of the Allen Community College Endowment association, that with the help of private donors this five year campaign will expand the opportunity to raise funds in the areas of facilities projects, athletics and fine arts, endowed scholarships, programming, naming rights opportunities and general operating expenses. The endowment association wants to create a milestone campaign that will help carry our students through to the next 100 years and beyond.

On November 5, 2013, the Endowment Association launched their newest scholarship campaign “Enriching Your Future: Celebrating 90 Years in Education”.  The five-year plan to raise $500,000 for student scholarships and create 25 new scholarships. In just a year and a half, we are over halfway to both our monetary and scholarship goal!

In the spring of 2014, we reached assets of $5.2 million!  During the previous academic school year, Allen Community College and the Endowment Association awarded just over $1.2 million in scholarship dollars to Allen students!

The Endowment Association sponsors several fundraising activities throughout the year.  These include a telefund, silent auction, live auction and dinner, and a golf tournament.  A scholarship luncheon to honor scholarship donors and student recipients is held in the fall. 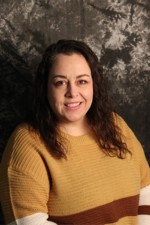 Administrative Assistant for Director of Development and Student Life
School: 620-901-6270